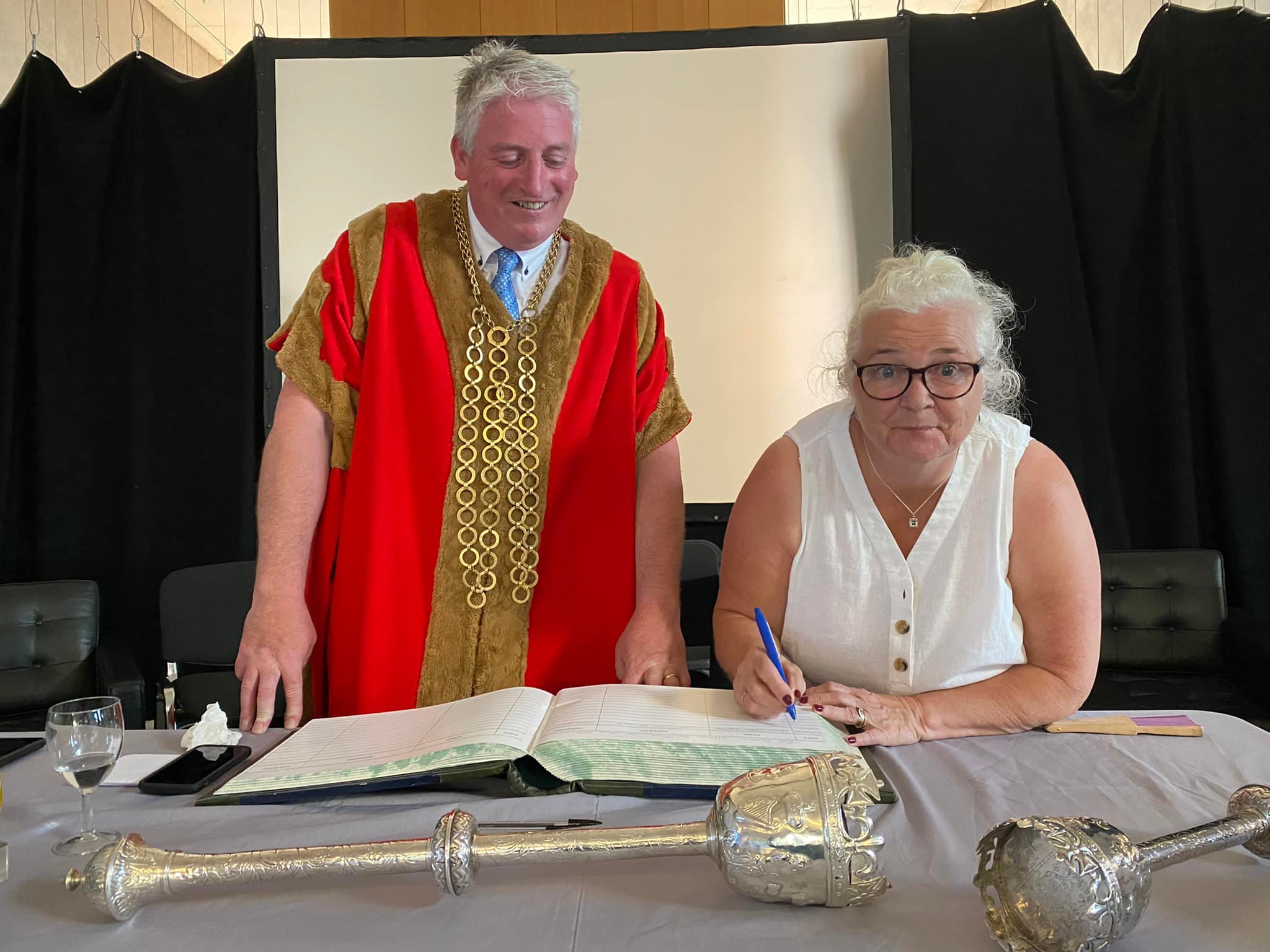 Wexford’s Mayor, Garry Laffan hosted a Civic Reception on June 20th 2022 to congratulate Wexford Tidy Towns on the award of the Gold Medal in the National Tidy Towns competition 2021, and acknowledge the efforts of volunteers whose tireless work over the years led to this notable achievement.  The Civic Reception was attended by Mayor Laffan, Councillors, Tidy Towns chairperson Philomena Murphy, and Tidy Towns volunteers. 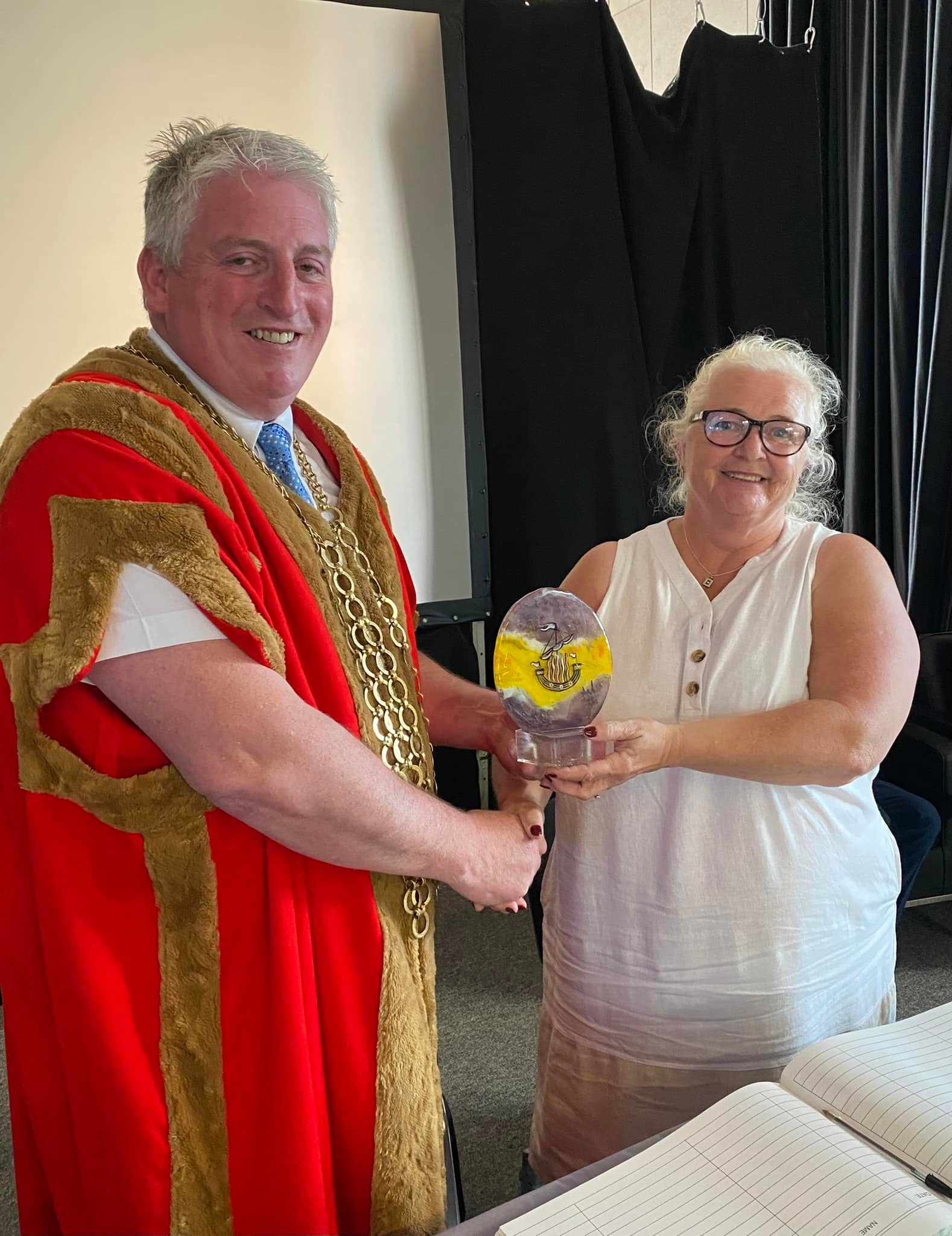 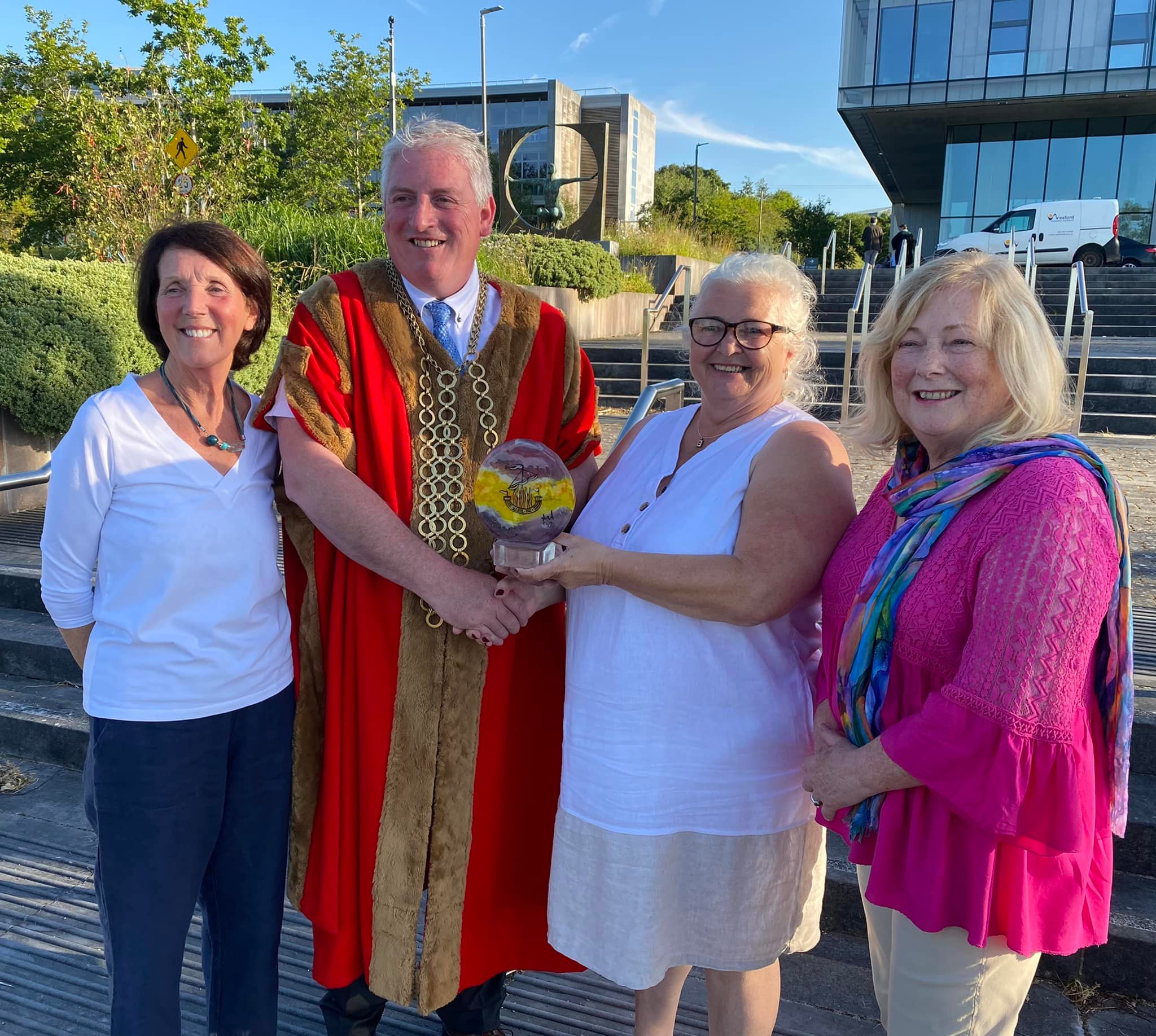